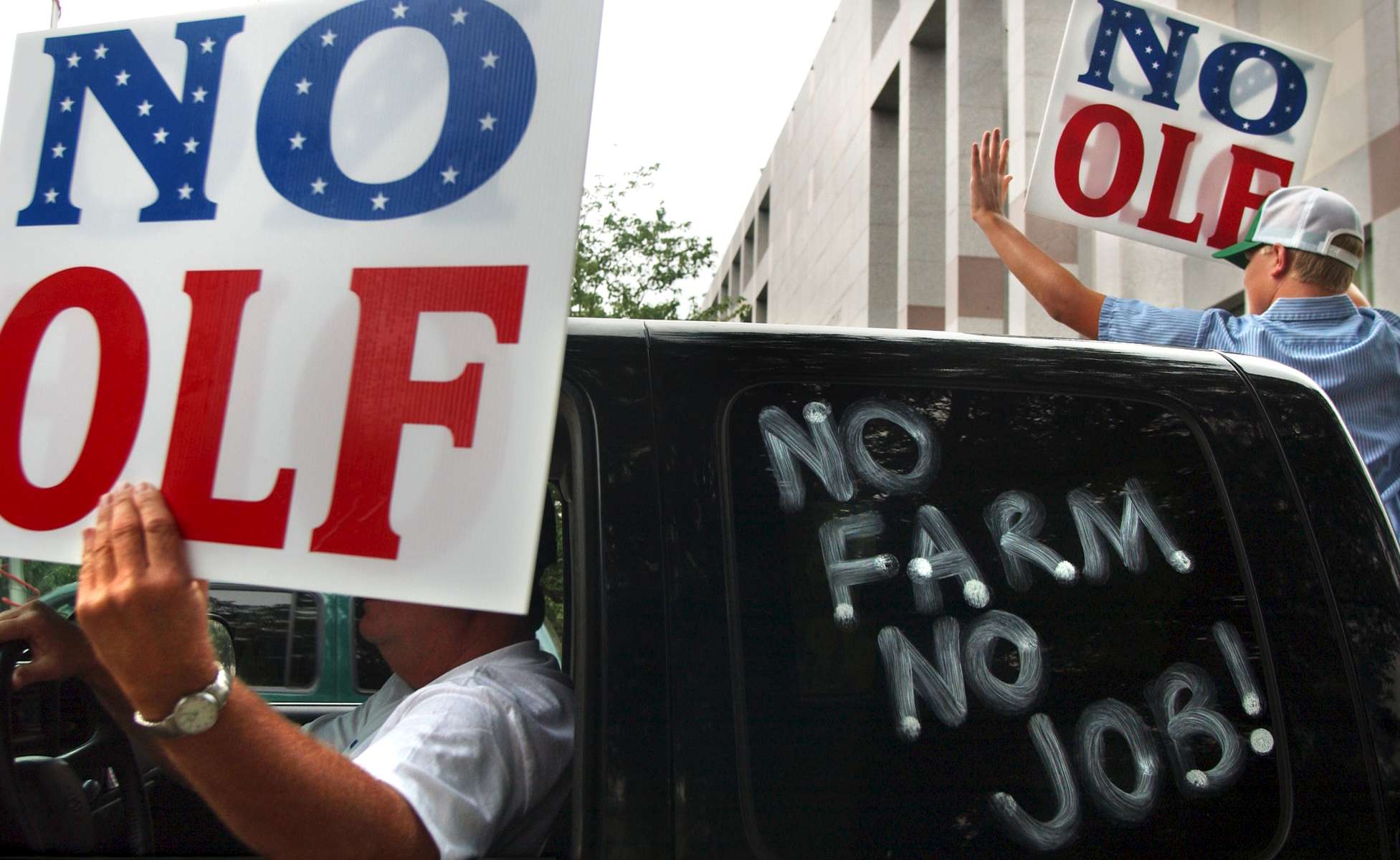 
OLF.NE.073103.SAS -- Buster Manning, left, and his son, Zak Manning, 13, express their sentiments about the Navy\'s proposed Outlying Landing Field (OLF) by driving around the State Capitol building Thursday in a caravan with other opponents from the Washington County area where the proposed OLF would be located. Manning, who owns more than 3000 acres of land in Washington County, would lose about half of his land if the project went through. His son, Zak, is concerned because the farm is his future. \"Its\' (Farming is) all I ever dreamed about,\" Zak said. About 100 people attended a rally/news conference at the Capitol. STAFF/SHER STONEMAN

All photographs on this site are the Copyrighted property of Sher Stoneman Photography, LLC. All rights reserved. No part of this site may be reproduced in any form without written permission of the photographer. Site design © 2010-2020 Neon Sky Creative Media